The beach of Galenzana, accessible only via a pedestrian path, is one of the most private beaches on the island.

Galenzana is located on the western side of the Gulf of Marina di Campo, unlike the lively beach of the village, Galenzana is quiet and not very busy, ideal for those who want to enjoy an exclusive and reserved place even in the height of summer.

The beach, with golden sand and small gravel, surrounded by pine forests and tamarisk trees that reach the sea, offers a cool shelter on the hottest and sunniest days.
Galenzana is divided into several coves, separated by the rocks: the largest cove is made of sand and is also suitable for families with children, as the seabed remains low for many meters from the shore. The smaller coves, in small gravel, are characterized by the crystalline sea that descends quickly and the seabed, with large rocks and stones, is perfect for snorkelers who can admire a seabed, rich in posidonia and populated by a varied marine fauna.

The "gulf" conformation of the beach of Galenzana, from which you cannot see the open sea, but always a strip of land, means that it is sheltered from almost all winds (slightly exposed only to winds from the east).


The beach is equipped with a "Blu Point", i.e. a rental of umbrellas and sunbeds and also a pedal boat rental, for those who want to explore the coast with a splendid view from the sea. Furthermore, it is possible to dock small boats, thanks to the brick pier located on the right side of the beach. To the east of the beach, hidden by trees, is Capo di Poro: an uncontaminated natural park, reachable only on foot along paths in the vegetation that reach the Capo di Poro lighthouse, perfect for breathtaking sunset photographs.

In the past, Marina di Campo was a predominantly wooded area, still visible today due to the large green spaces that surround it.

The beach of Galenzana, since the Etruscan era, was the site of furnaces that allowed the ferrous material to be melted before it was transported by sea.

In some points of the beach it is still possible to see the signs of these activities. The numerous fragments of casting residues, which over time have taken the appearance of iron-colored stones, offer a unique color to the beach.

How to get to the beach of Galenzana:

It is possible to reach the beach of Galenzana only by sea or on foot, crossing a path, which starts from the center of Marina di Campo: from the steps in Piazza Giovanni da Verrazzano, following the various indicative signs, you will find a path of about 1.5 km (10/15 minutes), in the green of the Mediterranean vegetation.
Just keep left at the intersections and go down until you reach the wonderful beach of Galenzana. 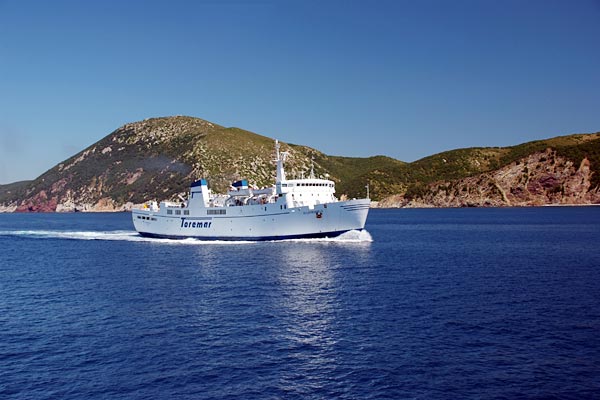